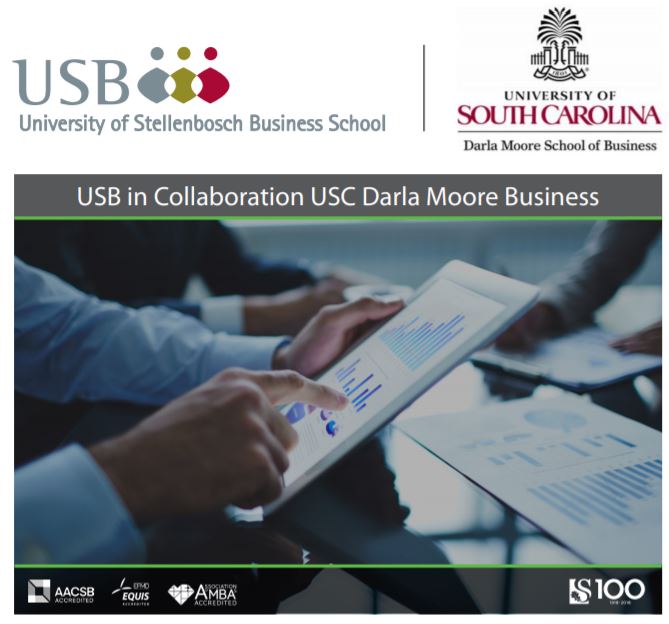 LEAD: Leadership Effectiveness in Africa and the African Diaspora

This book considers the new business environment of modern-day Africa, addressing how management styles must adapt to societal changes across the continent. As investment in the continent grows and African businesses begin to look beyond their own borders, there comes a real need to understand leadership from an Afro-centric perspective.

The purpose of this PDW session is to assist early career scholars focusing on management in Africa who have limited experience in publishing high impact research to complete a high quality research paper for later submission. The PDW will help early career scholars to understand the key elements of writing an empirical paper for publication through one-to-one developmental feedback in a supportive environment. Second, these developmental relationships will continue after the 2019 Academy of Management meeting as both members work toward the goal of getting the manuscript submitted and published in a top-tier journal. Thus, a unique aspect of this initiative is that the developmental relationship is goal-directed; it is focused on a specific task (improving a drafted manuscript) that leads to critical short- term results (publication), more publications on management in Africa, and ultimately participants’ long-term productivity as a management scholar. In addition to improving the careers of early career scholars, this PDW will support the Academy’s vision to strengthen  the breadth of management scholarship to be more inclusive. 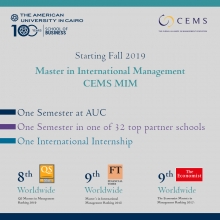 For a long time the AUC School of Business has been one of the leading universities in the region in providing high quality education to local and international students.

As a recognition of this excellence, we are happy to announce that our school has been officially ratified as the first university in Africa and the Middle East to join the CEMS consortium offering a distinguish Master in International Management CEMS MIM ranked number 9 by the Financial Times.

Stemming from our deep belief in the strength and potential of your institution, I am sending you this email to invite your students and fresh graduated to get informed about this program and to apply for our first cohort that will start in Fall 2019.

The deadline for the 5th Biennial Conference of the Africa Academy of Management to be held at Lagos Business School from January 8-11, 2020, has been extended to June 30, 2019. Visit www.academyofmanagement.org/conferences to submit your paper.

This special issue focuses on decolonising management and organisational knowledge (MOK), a vital and timely endeavour. The contemporary globalised world is experiencing new and continuing conditions of coloniality/decoloniality (Mignolo & Walsh, 2018) organised by forces of transnational capital and the nation-state on the one side, but counter-balanced by resurging, insurging peoples and scholars on the other. The nature and momentum of these axes of neo-colonial power and decolonial praxis-theory (Mignolo & Walsh, 2018) has led Mbembe (2016: 36) to observe that the “decolonizing project is back on the agenda worldwide”. Decolonial conversations set out to both critique the “dominant Eurocentric academic model” and “imagine what an alternative to this model could look like” (Mbembe, 2016: 36). Decolonial feminists (Lugones, 2010; Mohanty, 2003; Simpson, 2011) call for nothing less than the transformation of hetero-patriarchal, colonial, and racist structures of organisation and power, and the revival of Indigenous knowledges-practices. Most MOK as is generally understood – theory, discourse, practice, and its asymmetrical generative structures of production, distribution, and consumption - is based on the dominant Eurocentric academic model. Decolonising sentiments in respect of that model have expressed themselves as a recent coming together of regional scholars and non-scholars (e.g., the African AOM, LAEMOS) to assert difference from hegemonic forms of MOK built on colonial blindness. It is no coincidence, then, that over a third of all “decolonial management” scholarship emerged in the year 2017 alone (googlescholar search on 12 October 2018). It is therefore timely to revisit the broad theme of coloniality/decoloniality, and management and organisational knowledge.